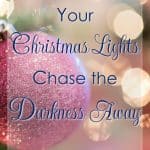 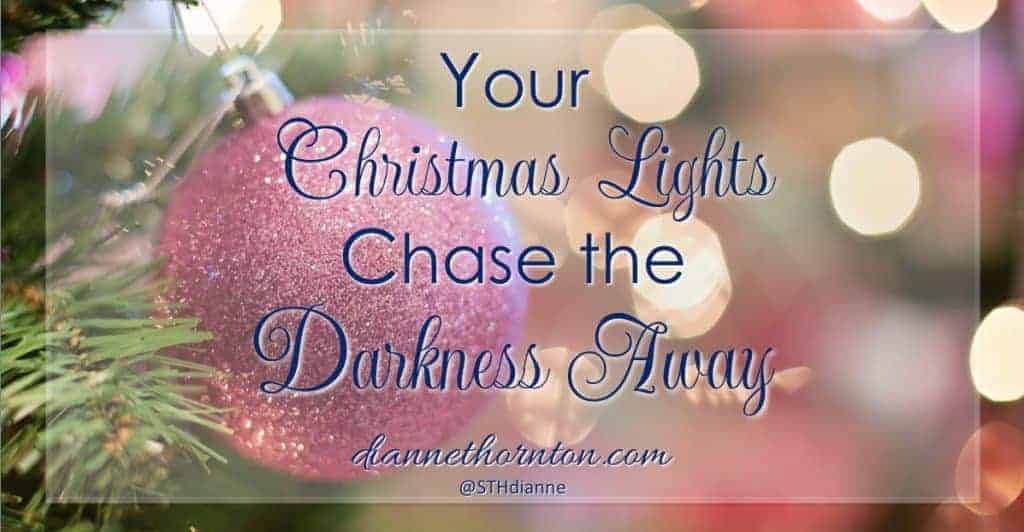 On a typical evening, like most neighborhoods, ours is relatively dark. Sparsely spaced streetlights and occasional porch lights provide minimal visibility. Come Christmastime, however, all that changes. Light is everywhere! Some people decorate their houses tastefully. Others look like something out of Chevy Chase’s “Christmas Vacation.” Still others are magnificent displays of blinking lights choreographed to Christmas music. Our family loves driving around to see the Christmas lights.

In the beginning, when God created the world, the earth was dark and without form. Then He spoke, and created light (Genesis 1:3). A few days later, God created the sun, the moon, and the stars (vs. 14-18).

It wasn’t long, though, until the darkness of sin entered the world. Sin destroyed man’s relationship with God and marred every other relationship as well. When you think about sin, most of it has to do with broken relationships. Hatred, jealousy, deception, anger, murder, lying, oppression.

It was no different for the nation of Israel. Although she knew God, she did not love and follow Him wholeheartedly. She had a divided heart. After many generations of rebellion, God disciplined her with captivity by opposing nations. These nations did not know or respect the God of Israel. No longer was she free to live and worship as she once did. Jerusalem was in ruins. Israel was displaced, oppressed, and living under the shadow of death. Life was dark and hopeless. Finally, God made Israel a promise.

The people who walk in darkness will see a great light. For those who live in a land of deep darkness, a light will shine. (Isaiah 9:2)

About 750 years later, the promise was fulfilled. God announced the birth of His Son with the first Christmas lights.

He choreographed His Christmas lights to the sound of an angelic chorus. After an angel told the shepherds about the birth of the Savior, immediately he was joined by a host of others, who sang:

Glory to God in highest heaven, and peace on earth to those with whom God is pleased. (Luke 2:14)

Can you imagine what that must have been like? The shepherds were in a quiet field. No city lights. No neighborhood streetlights. Just the moon and the stars. And then–out of nowhere–the radiant glory of God shone all around them! No wonder they were afraid.

This incredible display, announcing the birth of a tiny boy.

As an adult, Jesus attended the Feast of Tabernacles, a Jewish festival celebrating God’s presence when the Israelites wandered in the desert. God led them by a cloud during the day, and by a pillar of fire at night. During the celebration, seven giant candelabras were lit, illuminating the entire temple. And Jesus declared:

I am the light of the world. If you follow me, you won’t have to walk in darkness, because you will have the light that leads to life. (John 8:12)

Most people don’t decorate their homes with lights as a tangible metaphor for the Light of Christ. But I love that people do it anyway. As believers, Christmas lights can shine every day.

For God, who said, “Let there be light in the darkness,” has made this light shine in our hearts so we could know the glory of God that is seen in the face of Jesus Christ. (2 Corinthians 4:6)

You will shine like stars among them in the world as you hold firmly to the word of life. (Philippians 2:15-16)

The Light of the World lives in our hearts. As we hold forth the Light of Christ, we chase away the darkness around us! 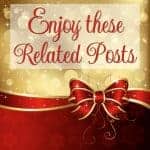 A Not So Silent Night
Anticipating the Birth of the Son

Previous Post: « But Are You Walking In Active Faith?
Next Post: Anticipating The Birth Of The Son »